To celebrate, the City of Bloomington, the Office of Mayor John Hamilton, Executive Director of The Mill Pat East, and Board Chair of The Mill Jane Martin officially marked the occasion with a ribbon-cutting ceremony held in The Mill’s recently completed event space. Despite heavy rain, the event was well-attended, and a sizeable crowd was gathered into the event space for this inaugural event. 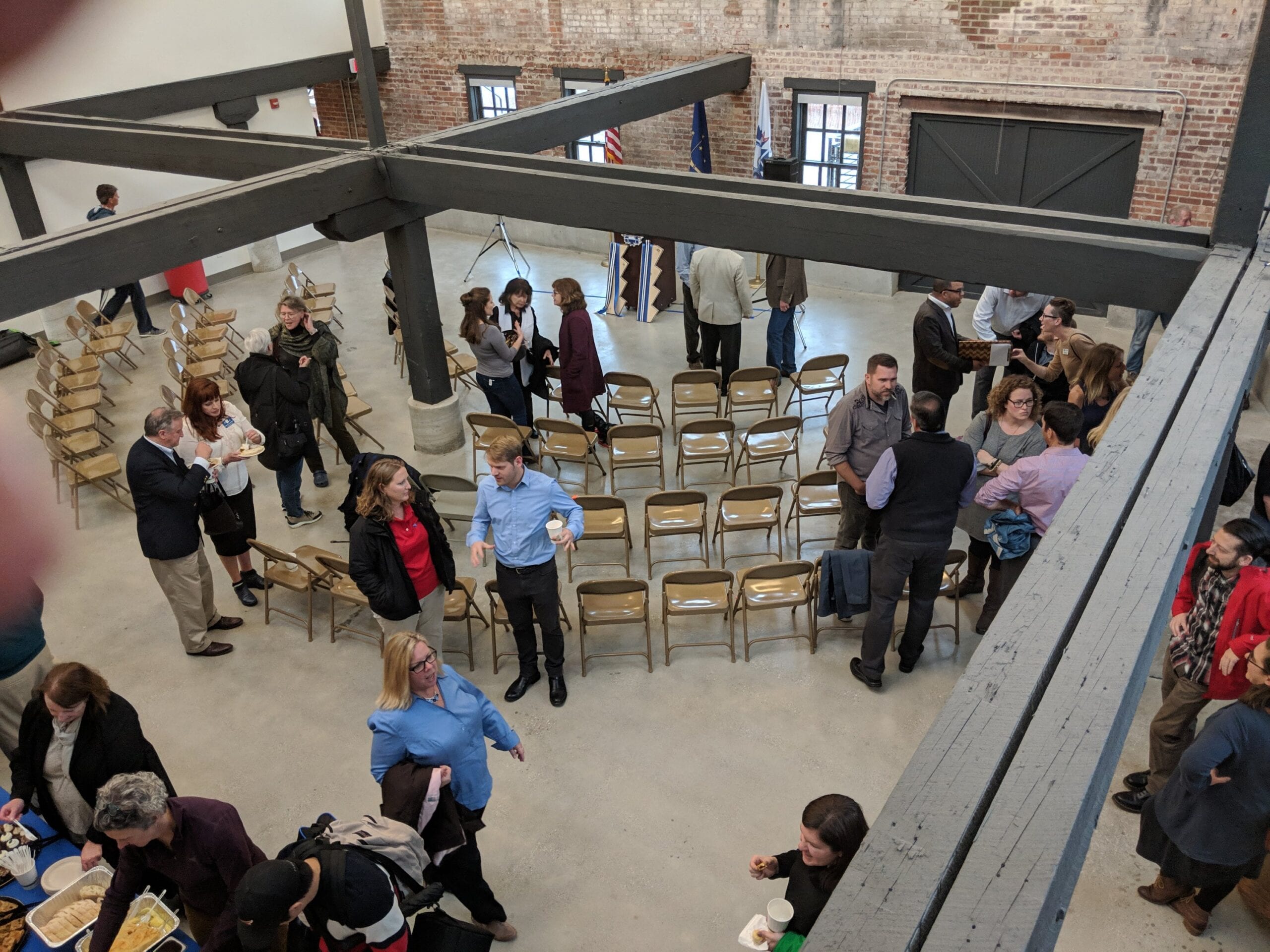 Members of the general public were allowed inside for the first time without having to don any safety equipment.
Mayor John Hamilton delivered remarks that reflected on the legacy of the Showers Bros. Furniture Company, the original owners of the building, the story of The Mill as an organization, and the legacy of Bloomington as a center for innovation and entrepreneurial achievement. 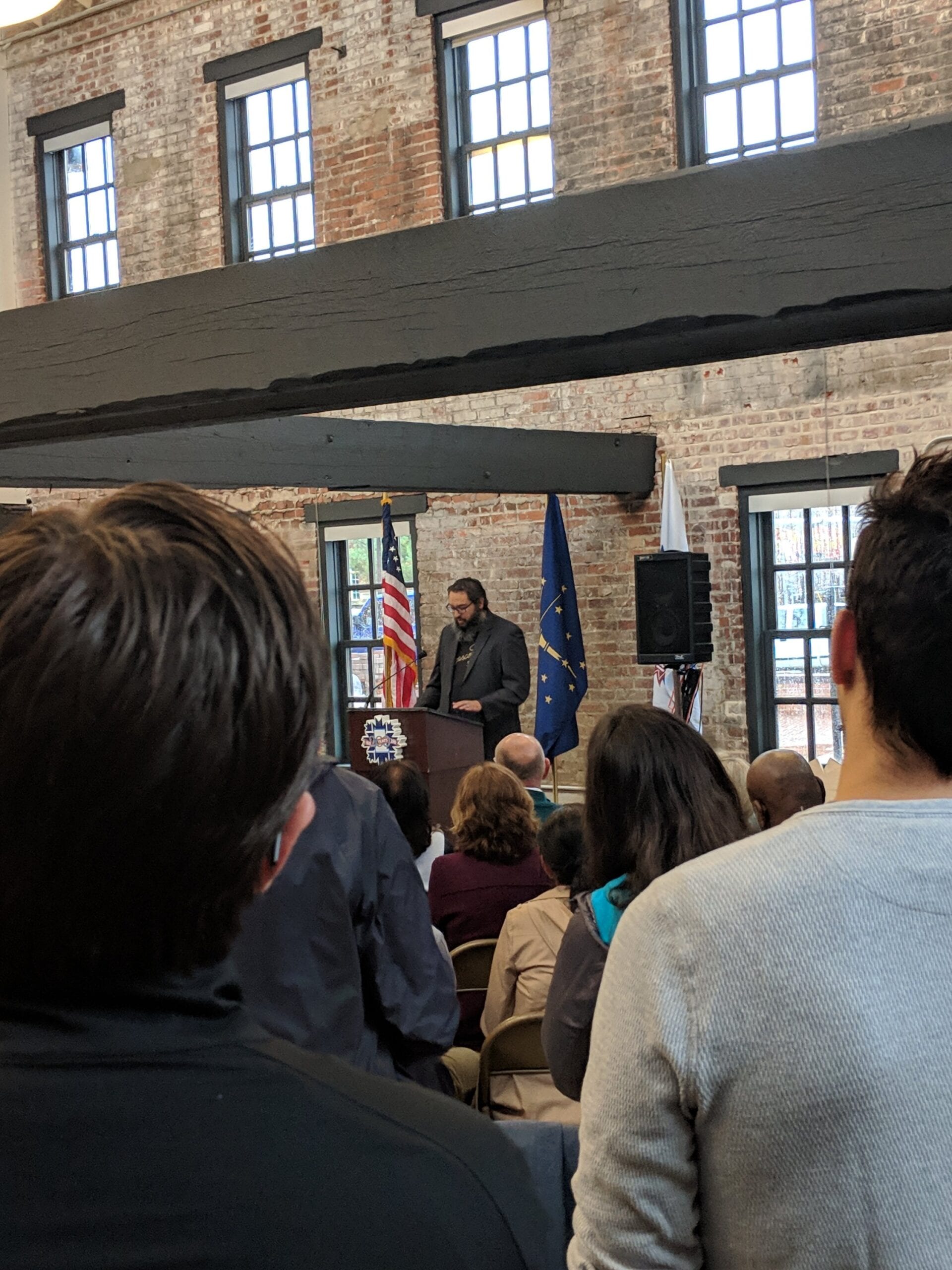 Executive Director of The Mill Pat East gave a speech commemorating and honoring the multilateral effort between employees, city officials, and entrepreneurs, all coming together in a singular effort to make Bloomington a better place to live and work. The ceremony was concluded with a brief ribbon cutting in the event space to officially mark the occasion, and to hand off control of the building from the City of Bloomington to Dimension Mill.