Demolition at the Mill began at the end of March, tearing out the walls that IU had built for various storage needs over the years. There was a temporary office that was removed too. All the old steam pipes- a full dumpster’s worth- and other remnants of the original Dimension Mill’s purpose, have been removed.
The floor above the future event space was removed in roughly 10’ x 10’ squares. This floor will be re-purposed to repair other parts of the floor, largely parts that have been water damaged over the years from a leaking roof. Original flooring that’s unsuitable for floor restoration will be milled into furniture for the Mill. The work in the future event space actually started in November, doing some testing on the foundation to make sure we could dig. You can see the basement floor now and the outline of the future event space. 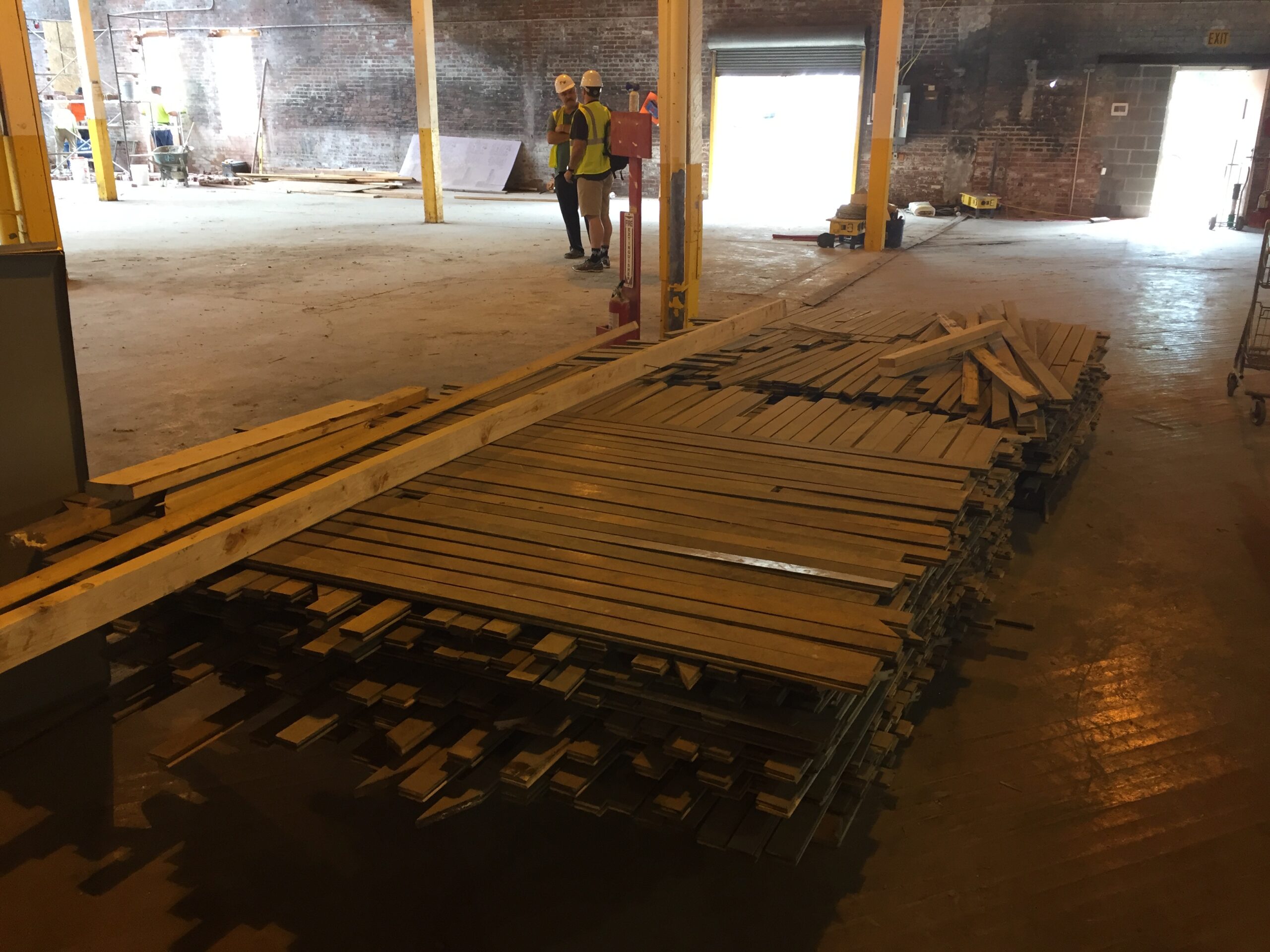 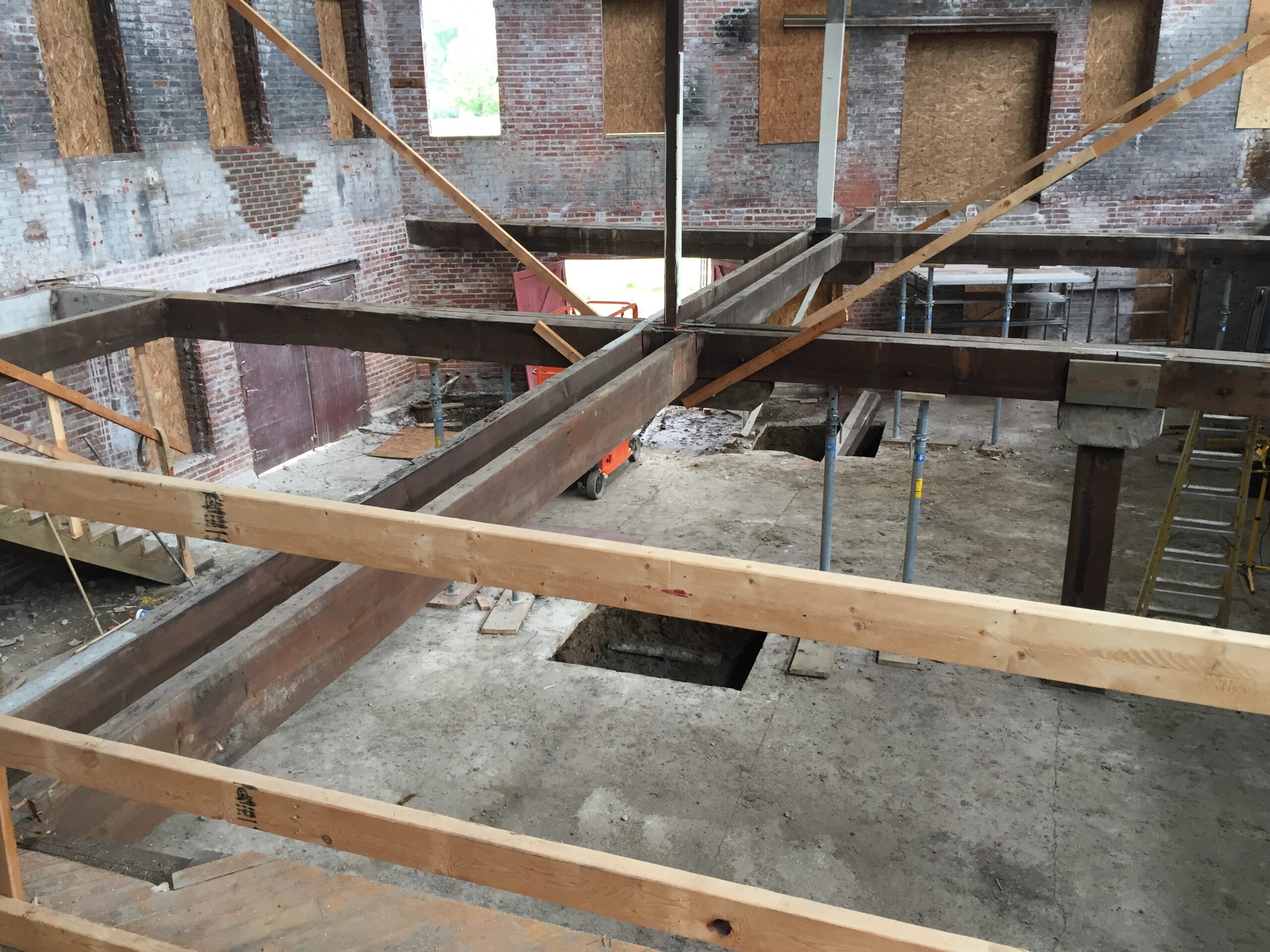 A lot of prep work has been happening on the skylights, not only repairing various leaks and damaged wood from years of non-maintenance, but also prepping them for solar panels. The Shower Brothers Company was extremely progressive in their thinking and because the skylights face north, instead of east and west, we get all of the benefit of natural light without direct sunlight in people’s faces. That made for a much cooler work environment then, and we’ll get the same benefit now! 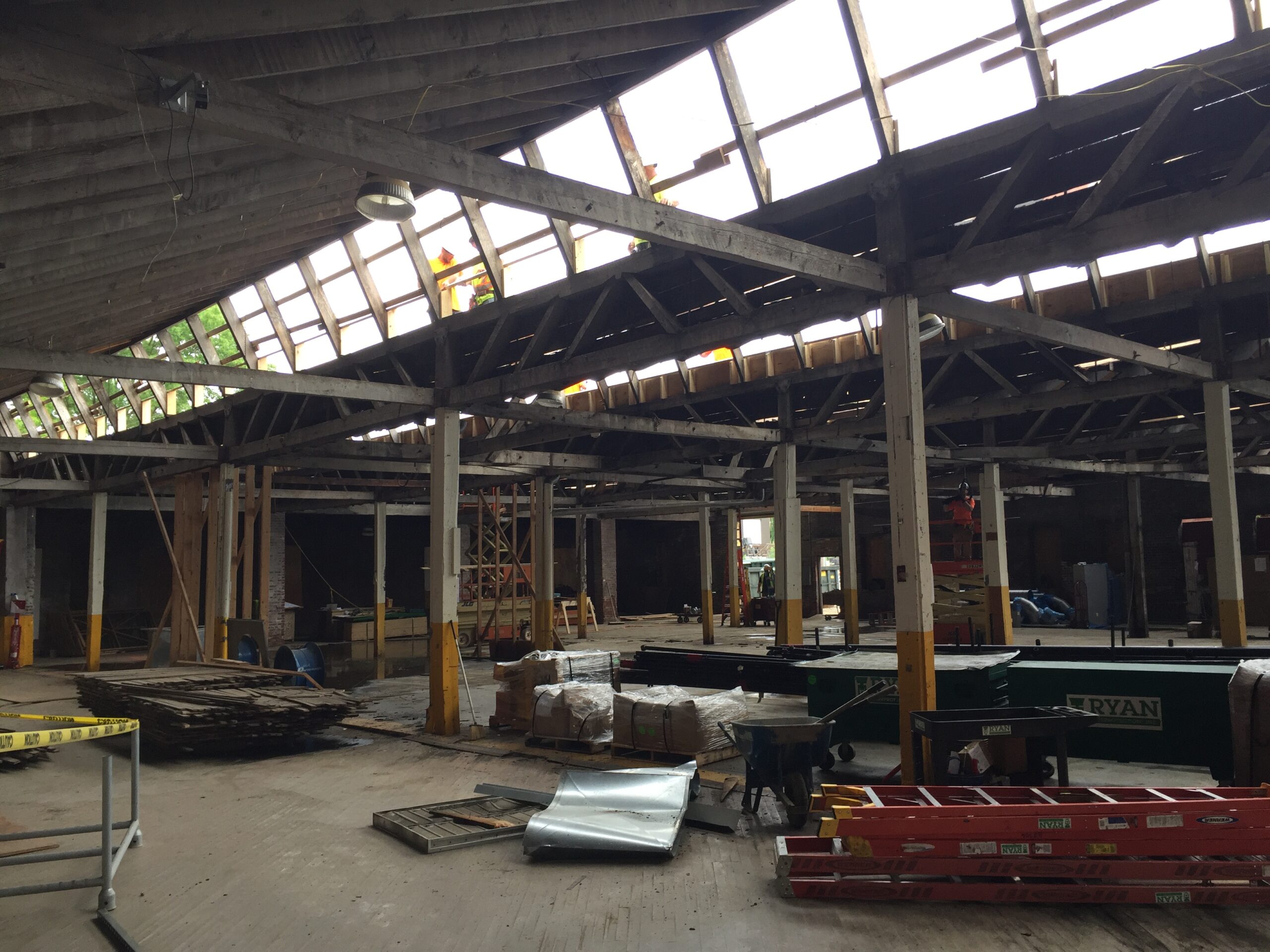 A lot of brick work is being done on the inside and outside: resetting bricks, repairing mortar, and general cleanup. You can visibly see where the mortar is new and clean. And you can see where some bricks have decayed and started to crumble off at the tops of the building. There’s lots of work to do here, and it’s suspected that it will go on for a while. 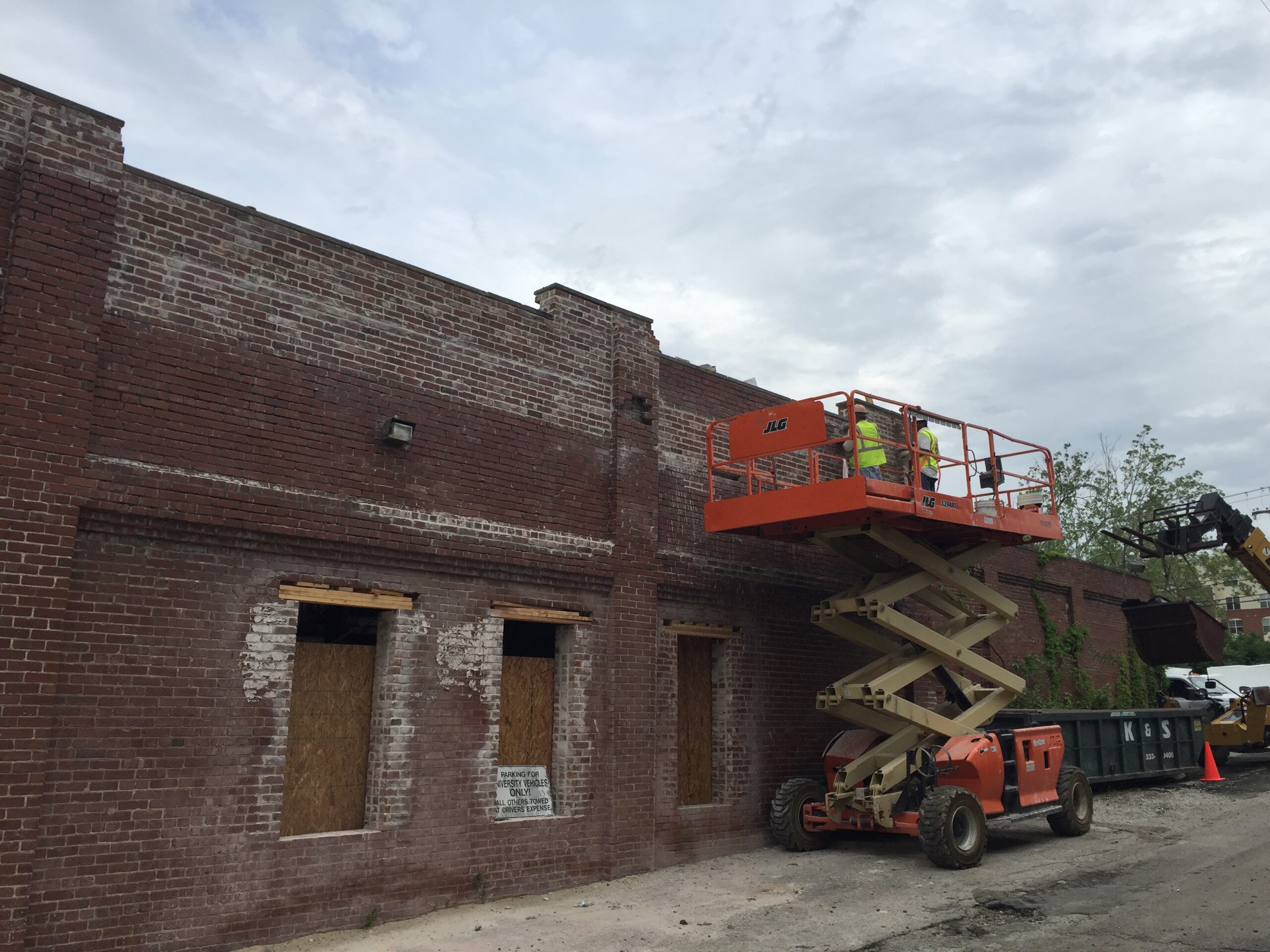 Sprinkler systems were delivered last week and were installed then, too. This is the first sign of “new construction” that will continue next month with framing of private offices. A non-event, but probably the most important aspect of the first 60 days, is that we haven’t found any surprises. Better yet, we haven’t encountered any material problems that will shift our timeline. We’re still on course for fall opening with a substantial completion date in October.