We are delighted to announce that Flywheel Fund, our member-managed capital fund, has made a $50,000 investment in Blueprint Stats. Blueprint Stats unlocks the full potential of basketball game film for athlete development and evaluation, team strategy, and entertainment. Founded in September 2020 by Indiana University grad Hunter Hawley, Blueprint is available on-demand to teams, individuals, and leagues.

CEO Hunter Hawley has been a member of The Mill since his student days. Around here, we know that he loves the standing desks and always has a friendly “Hey, hey!” greeting (issued in his surprisingly deep voice). 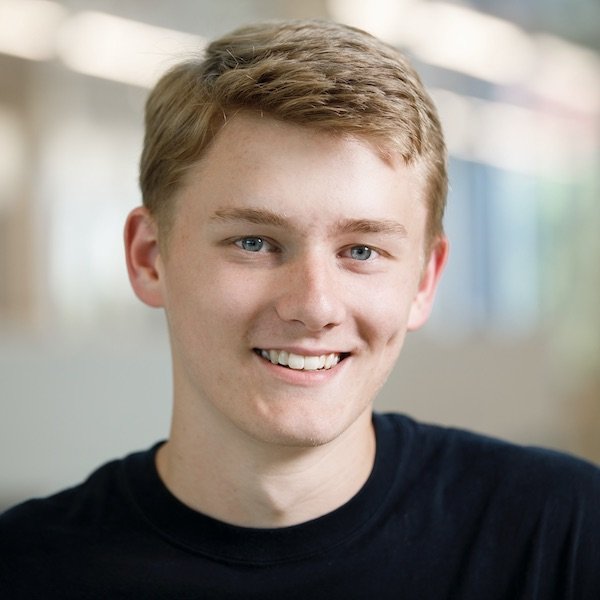 “I never raised a ‘Family and Friends’ round for Blueprint,” Hunter told us, “but doing a deal with the Flywheel Fund is about as close as I’ll ever get. Over the course of the last several years I’ve built incredible relationships with Pat East, the folks at The Mill, and several members of the Flywheel Fund. These folks are like family to me, and they’re going to continue to play an important role in the success of Blueprint Stats.”

Sports tech is booming, but it hasn’t yet tricked down to youth sports. Hunter has found a way to make modern technology accessible to the massive, fragmented high school and AAU market. We’ve watched him grow this company at The Mill over the past year, and we’re very impressed with what he’s done so far and where Blueprint Stats is headed.

Hunter began building Blueprint Stats while he was still a student at Indiana University. He was driven by his love for basketball and a vision for how players and teams could use statistics to improve their performance—if the data were available quickly and affordably after a game.

Blueprint’s users upload game footage directly to the platform, which then breaks it down with time-stamped stats. The platform generates lineup analysis, statistical maps, and other data, while also making the footage searchable. Coaches and athletes then use the data and indexed footage to improve athlete performance, generate highlight reels, and more.

Brian Hatton, Venture Partner for Flywheel Fund, commented, “Less than 1% of the basketball world uses breakdowns, due to the cost and difficulty of accessing the technology. Blueprint Stats attacks that problem head on at a time when both sides of the market are looking for player insights. Recruiting budgets are being cut, and athletes want to stand out to scouts to make the most of new NIL opportunities. The timing is right for Flywheel to invest in Blueprint Stats.”

Blueprint uses a combination of artificial intelligence (AI) and a gig-economy network of human statisticians to deliver breakdowns at 25% of the usual costs and eight times faster than the industry average. They’re currently raising a $500,000 seed round and estimate the market for breaking down basketball film at $615 million. The breakdown market swells to $4 billion when expanded to other sports. Blueprint has partnered with SmartSports, an alliance of best-in-class sports technology, product, and media partners.