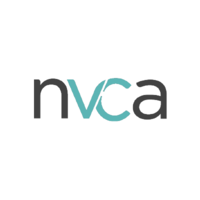 The National Venture Capital Association (NVCA) empowers the next generation of companies that will fuel the economy of tomorrow.  The NVCA advocates for public policy and arms the venture community for success, serving as the leading resource for venture capital data, practical education, peer-led initiatives, and networking.

Join us on April 1st as we feature Scott Dorsey, Co-Founder and Managing Partner of High Alpha and Bobby Franklin, CEO & President of the NVCA. Scott was appointed to the board of the NVCA in 2020 and Bobby has been an outspoken advocate of growing regional venture ecosystems between the coasts. We look forward to hearing their perspectives on the national venture landscape and the importance of shining a spotlight on Indiana venture.

Scott Dorsey
Managing Partner of High Alpha
Scott is currently Managing Partner of High Alpha, a leading venture studio that
launches, scales and invests in enterprise cloud companies.
Prior to High Alpha, Scott co-founded ExactTarget and led the company as CEO
and Chairman from start-up to global marketing software leader. ExactTarget
went public on the New York Stock Exchange in March of 2012 and was acquired
by Salesforce in July of 2013 for $2.5 Billion. Post acquisition, he led the
Salesforce Marketing Cloud which encompassed 3,000 employees around the
world.
Scott serves on a number of non-profit boards including as Chairman of Nextech,
Executive Committee Member and Immediate Past Chair of Indiana Sports
Corporation, Executive Committee and Board member of Techpoint and Global
Advisory Board member at the Kellogg School of Management at Northwestern
University. Scott also serves on the boards of Pluralsight (NASDAQ: PS) as well
as several High Alpha portfolio companies. Scott is a business school graduate of
Indiana University and earned an MBA from the Kellogg Graduate School of
Management at Northwestern University.

Bobby Franklin
President & CEO of NVCA
Bobby Franklin is the President & CEO of the National Venture Capital Association (NVCA), the venture community’s preeminent trade association, which empowers the next generation of transformative American companies and advocates for the American entrepreneurial ecosystem. With nearly 30 years of experience in advocacy and public policy in our nation’s capital, Bobby took the helm of NVCA in September of 2013 after nearly a decade at CTIA – The Wireless Association, where he first served as head lobbyist and then spent the next eight years as the association’s Executive Vice President. Prior to joining CTIA, Bobby worked for wireless provider Alltel Corporation as both their lobbyist and then head of the company’s Washington office. An Arkansas native, Bobby got his start in Washington working in the U.S. Senate for Senator David Pryor of Arkansas.